You are here: Home Activity & Moods Why Does Weed Makes You Happy? The Science Behind Marijuana’s Bliss

does marijuana make you happy

why does weed make you happy

Whether you’re an avid cannabis user or not – everyone knows that weed makes you happy! But how does it make you happy? And, does it provide short-term or a lasting psychological happiness?

Cannabis can indeed induce genuine feelings of happiness. It triggers these feelings by binding to special proteins in our brains and nervous system when we consume it.

The effect of marijuana is as good as it is because the chemical compound mimics the compounds that our body produces. These chemicals, along with the proteins needed to produce and regulate them, are part of a system that is referred to collectively as the endocannabinoid (ECN) system.

We probably wouldn’t know about the ECN system if it wasn’t for weed! By studying how marijuana works, scientists uncovered natural pathways inside our brains that could reveal the keys to healing mental and physical ailments.

When it comes to understanding the ECN system and why weed makes you happy, the most important ECN chemical to understand is anandamide.

Learn more about anandamide and why cannabis can make you feel happy in general by reading below.

Why Does Weed Make You Happy? It’s In Your Genes! 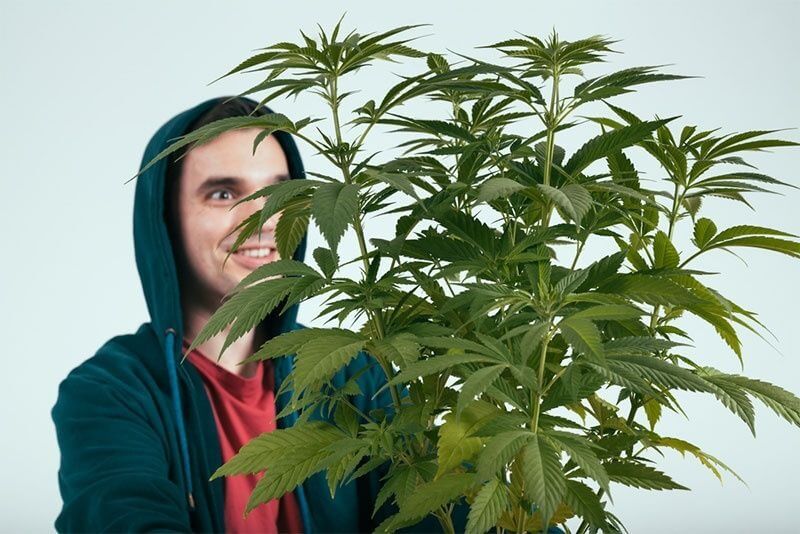 Marijuana is an amazing plant because its chemical compounds tap into a complex network of neurotransmitters that form our ECN system.

Using genetic research, scientists theorize that the first organism to have ECN receptors was none other than the sea squirt. Sea squirts first appeared around the Cambrian age 541 million years ago, and scientists believe their primitive “notochord” structures reveal the eventual evolution of all vertebrates.

That’s right! Before any animals had backbones, they were able to get high. Well, sort of.

In humans and other mammals like mice, our ECN systems help us regulate essential functions throughout the day. Reading everything that the ECN is connected to is like reading a laundry list of marijuana’s effects.

So, whenever someone asks you the question, “why does weed make you happy?” the easiest response is that it helps us access neurochemical pathways that our bodies use naturally.

How Does Marijuana Make You Happy on a Chemical Level? Thank Anandamide! 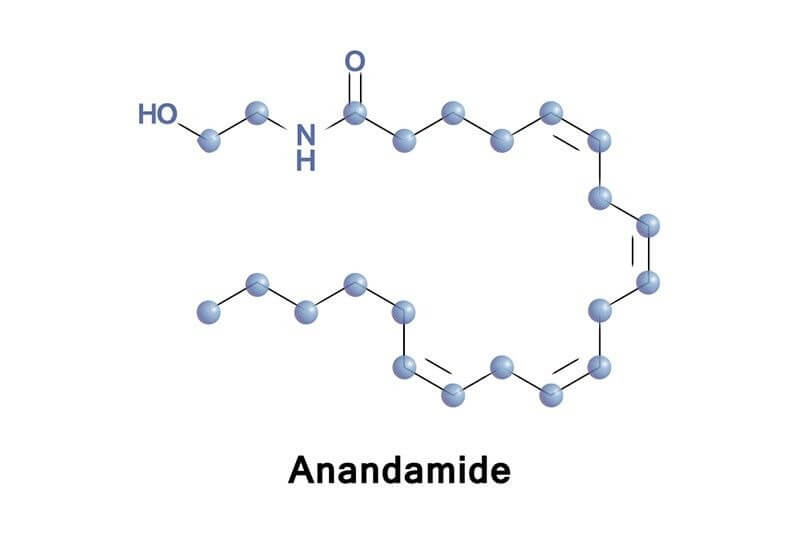 Anandamide was the first natural ECN neurotransmitter discovered. A researcher named Dr. Raphael Mechoulam discovered it in the early 1990s while trying to discover the reason why weed makes you happy.

The name anandamide comes from a Sanskrit word that translates to “bliss.” Anandamide molecules play a role in motivation, pain, memory, appetite, sexual drive, and emotion.

Note that anandamide is vastly different from dopamine, which is often referred to as the “reward molecule.” While people originally thought that cannabis makes you happy by causing a “flood of dopamine,” the reality is that only a minor amount of extra dopamine is produced when humans consume pot.

That’s because anandamide can cut off the production of dopamine.

Dopamine is more of a factor in a drug like cocaine. Cocaine prevents the reuptake of dopamine, causing it to accumulate. Since dopamine triggers a feeling of satisfaction and the sensation, “I did something right,” people high on cocaine can feel as if they are infallible and the best people in the world.

What Does Anandamide Do?

Anandamide affect our reactions to stress as well as our feelings of happiness and contentment. In an experiment where mice couldn’t use anandamide chemicals their bodies made, they had trouble “getting over” a stressful stimulus.

However, mice in the control group that could use their self-produced anandamide were able to relax and eventually ignore stressful stimuli. Giving THC to the experimental group produced the same effect, showing a strong link to anandamide and stress-relief.

This is the primary reason some marijuana strains can help you with anxiety and many weed strains are good for stress.

Anandamide also influences how we form new memories. Our sense of time is distorted, and things feel “fuzzy.” These effects combine to help you feel caught in the moment. Positive stimuli, like hearing a great song, can make these feelings even more intense. You forget the things that make you unhappy and dwell more on the enjoyment of what you’re doing right now.

So, if anyone asks, “Does marijuana make you happy in a meaningful way?” the answer is “yes” because of what anandamide does for our brains.

Can Marijuana Make You Happy Over the Long Term? 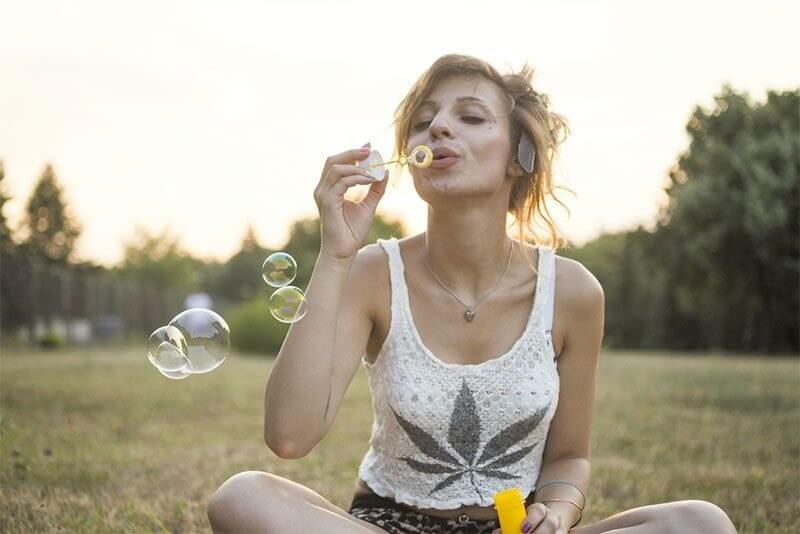 People who suffer from depression, chronic anxiety or overwhelming stress may have issues they need to address personally. They could be in a bad situation they have to fix through life changes, and they may also need the help of a licensed psychiatrist to get to the bottom of their mental state.

With all that said, marijuana is known to elicit positive changes in people suffering from stress, depression or general unhappiness.

One study found that marijuana can help those suffering from depression come to less negative conclusions in their thought processes. Another study concluded that, “Those who consume marijuana occasionally or even daily have lower levels of depressive symptoms than those who have never tried marijuana.”

Another study found that prisoners in Switzerland who had access to marijuana were calmer, less stressed and less prone to violence.

Some Weed Makes You Happy More Effectively Than Other Strains

Anyone who’s consumed really strong weed knows that sometimes your feelings of happiness are overridden by feelings of paranoia, stress and anxiety. Too much THC can activate our brain’s fight or flight response, so if you want to feel happy, you should avoid strains that have a ridiculously high concentration of THC – anything above 20%.

Some marijuana strains are effective at making you happy. You can relax, let go of stress and, really enjoy yourself in the moment when you are high.

Examples of strains that are likely to make you happy include Maui Wowie, Laughing Buddha, Blue Diesel and Alaskan Thunder F*ck.