You are here: Home Activity & Moods Can Marijuana Cause Mood Swings? And Can It Treat Them?

does marijuana cause mood swings

For people who experience mood swings, weed can become a suspect in their emotional challenges. Marijuana mood swings have been described as a side effect for some people, and other people report having mood swings after quitting daily marijuana use.

So, can marijuana cause mood swings, either after consuming it or giving it up? And what about the research that says marijuana and mood swings actually have a positive relationship? For instance, some studies suggest that marijuana can treat bipolar disorder, a psychological condition characterized by mood swings.

Unfortunately, the data available on whether mood swings, weed, and bipolar disorder are related is inconsistent and has not yet been proven. Unlike, say, anxiety or the munchies, mood swings aren’t regularly reported as a side effect of smoking marijuana. However, a small but substantial amount of people say that mood swings and irritability affect them after they stop consuming cannabis.

At the same time, there appear to be opportunities for treating bipolar disorder with the use of medical marijuana.

Find out the answer to “Does marijuana cause mood swings?” and other important questions by continuing to read on.

Does Marijuana Cause Mood Swings After You Smoke It? 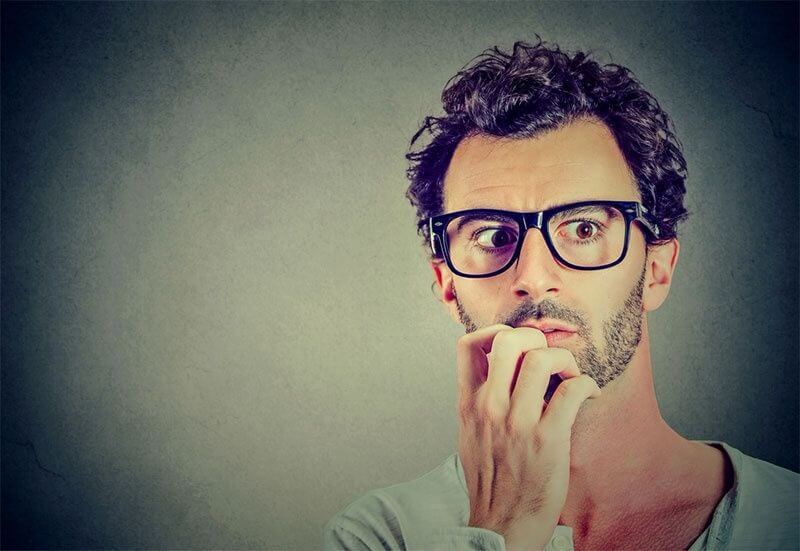 All these adjectives can describe the stereotypical behavior traits of someone who has just consumed weed, but what about “Angry”? Or “Sad? Or “Suddenly and unexpectedly depressed?”

While these emotions – and sudden swings between them – may not be a part of the cliched responses to consuming cannabis, they have been reported. Some people have dramatic and emotional reactions after smoking marijuana.

These incidents have been difficult to duplicate in long-term or trial-based studies, though. For the most part, the strong associations between marijuana and relaxation seem to hold true.

That’s likely because marijuana can trigger the mind to produce anandamide. Biochemists call anandamide “the bliss molecule” because it helps us feel content, at peace, and happy. In scientific experiments with mice, anandamide helped them forget about stressful things like getting an electric shock after hearing a certain tone.

Because of this connection, many researchers suggest that medical marijuana can effectively treat PTSD. Mood swings therefore seem to be an unlikely effect of smoking marijuana.

What About People Who Do Experience Marijuana Mood Swings?

So, why does marijuana cause mood swings in other people? The connection may lie in anxiety. Some strains of marijuana – especially those with lots of THC – can trigger panicky “fight or flight” responses in our brains. These reactions seem to be worse in certain people and after using certain high-THC, low-CBD strains.

Since some people react to panic with anger, sadness, or feelings of helplessness, marijuana can sometimes trigger these intense emotions. However, the mood-regulating effects of marijuana usually cause these emotions to subside.

If you have occasional issues with mood swings after smoking, you can experiment with different types of cannabis to avoid these reactions. The best types of “mood swings weed” for a positive experience typically have a low THC:CBD ratio. You can also seek out weed strains good for anxiety since they have a lower risk of triggering extreme responses.

Can Marijuana Cause Mood Swings After Long-Term Use? 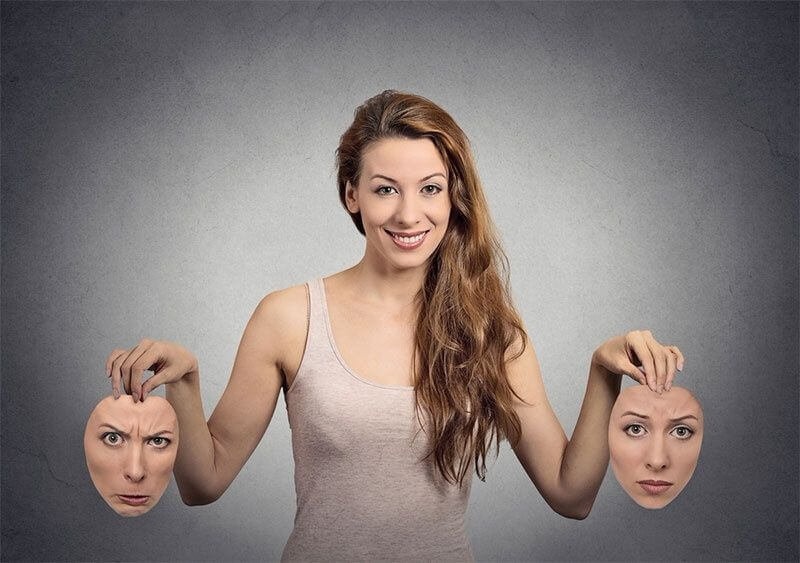 Experiencing mood swings while high is rare but seems to be more common in people that are regular cannabis users. This is especially true when a regular user stops using cannabis. Anecdotal evidence on a Reddit thread, for instance, suggests that mood swings are “pretty normal” after quitting.

One cannabis user on Reddit describes their reaction to marijuana as “trouble sleeping, horrible existential fears, getting very angry which leaped headfirst into uncontrollable tears, crying a lot in general, anxiety spike, and in particular an intense irritability.”

Looking at actual research, one study found that even though marijuana use helps people feel “evened out” emotionally, they displayed physical signs of hostility and impatience during public social situations.

The study questioned its own findings considering that the same conclusion wasn’t drawn from alcohol use, but it still shows that cannabis users may have more emotions than they feel.

A possible reason for these emotions and mood swings is that marijuana affects how the brain processes dopamine, which is known as the “reward chemical” for your brain. In an experiment with Ritalin, which releases dopamine in large amounts, subjects who smoked marijuana were barely affected by the drug.

This dopamine tolerance could disrupt normal mood regulating processes. For example, someone could experience anger or sadness and calm themselves down by reflecting on positive experiences, but marijuana could make these experiences seem more trivial.

Another issue may lie in the use of marijuana as a “band aid” for underlying emotional issues or problems with a person’s life. “People who used marijuana as a control for their anger may become more aggressive and experience mood swings or irritability when quitting,” suggests one health website.

The good news is that the effects of smoking marijuana regularly do not seem to be permanent. Studies examining differences in emotion, cognition and memory between people who consume weed heavily and those who don’t find that the differences even out after 28 days.

Can Marijuana Treat Mood Swings, and Is There Such Thing As a Good Mood Swings Weed Strain? 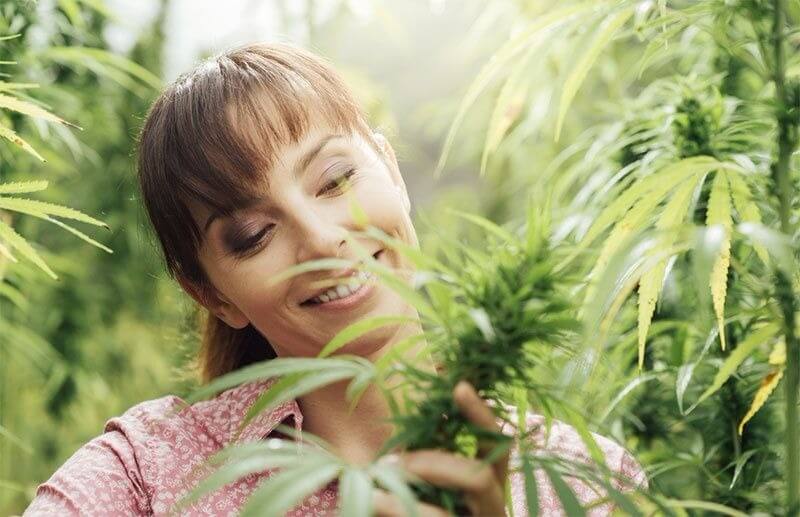 The most surprising thing about marijuana mood swings is that many healthcare professionals suggest treating mood swing disorders with cannabis.

“Thirty to forty percent of patients with bipolar disorder are not consistently helped by or cannot tolerate standard medications,” explains Dr. Mitch Earleywine. During his research, he found that many people with bipolar “believed marijuana to be more effective than conventional anti-manic drugs, or who used it to relieve the side effects of lithium.”

Studies also find that cannabis can effectively treat depression. When it comes to clinical disorders like major depression and bipolar, ensure that cannabis is used in combination with therapy and supervised by a medical professional.

You can also seek out marijuana strains that have less of an extreme effect on your mood. There are weed strains that are good for depression and sadness, and there are also cannabis strains that work well against stress.

Avoid strains that can trigger anxiety or paranoia. Since CBD can regulate these feelings, seek out high-CBD strains instead.

Don’t ignore any major symptoms or side effects that you experience when it comes to mood swings! Speak with a medical professional and consider trying different types of cannabis.

Marijuana can be used to treat several different medical symptoms. You can explore the different marijuana strains available and find which one is right for your needs.