why does weed make you hungry?

why do you get munchies after smoking weed?

When talking about the munchies, weed lovers tend to wax poetic. Some of the best meals they’ve ever eaten were when they were high, they’ll tell you. Or, they’ll recount the tale of how after they smoked weed, munchies made them finish off just about every packaged food in the house.

We’ve all been there. You finish up a satisfying meal that made your gut feel like it’s about to burst and decide to settle your stomach with a quick toke. Then, five minutes later, your brain’s thinking “got any snacks in the house?”

So why does weed make you hungry? And how is it that marijuana seems to turn your stomach into a bottomless pit?

The answers for “why do you get the munchies after smoking weed?” are unsurprisingly based in neuroscience. Marijuana is filled with complex chemicals that affect our brains and bodies in ways scientists don’t fully understand yet.

However, a few recent breakthroughs may reveal the science behind weed munchies. Take a look at some of the more interesting findings below, and then learn about 10 healthy snacks for weed munchies to help you satisfy cravings without packing on the calories.

Why Does Weed Make You Hungry? 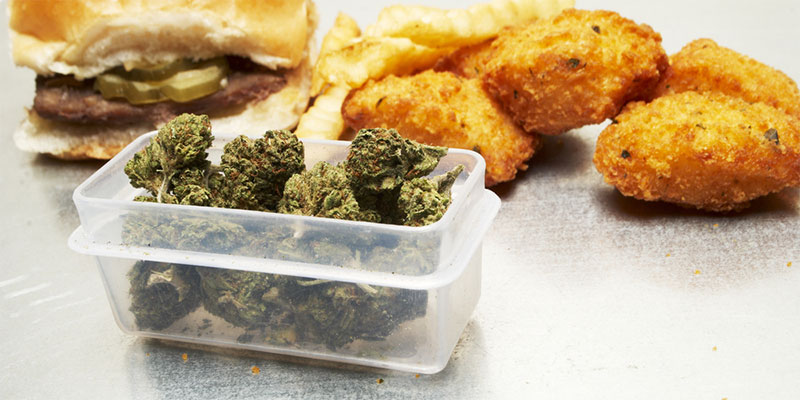 Like most answers about cannabis’ diverse effects, the root causes lie in chemicals. Specifically, our body’s endocannabinoid system.

Marijuana affects nerve receptors in our body that are responsible for various things. For instance, our pain receptors can be made more or less sensitive through endocannabinoid (ECN) inputs. This connection is why some strains of marijuana are perfect for managing pain.

But what about weed munchies? The link between cannabinoids and hunger is only now being understood thanks to some fairly recent research.

A paper published in the journal Nature Neuroscience observed the effects of THC on the brains of lab rats. The study tracked the brain pathways of the rats after they were given THC and offered calorie dense foods. Specifically, the study offered rats Fonzies chips and sweet milk chocolate!

Researchers found that the THC affected the area of our brain most responsible for basic functions — the hypothalamus. The hypothalamus helps regulate body temperature and sleep, for instance, while telling us when we’re hungry or thirsty.

Interestingly, the THC activated POMC neurons, which normally tell us “you’re full, stop eating.” But THC binds to these neurons and other surrounding neurons that regulate POMC activity.

The POMC neurons not only fired up more actively but the chemical they produced triggered hunger rather than a feeling of being sated.

“It’s like pressing a car’s brakes and accelerating instead,” the study’s main author explained in a press release

Are There Other Effects That Cause Weed Munchies?

Stimulating your hunger isn’t the only thing that makes food the best thing in the world when you’re high.

People wondering “why do you get munchies after smoking weed?” know that they don’t just hungry but that food tends to taste really good.

That’s because THC and other cannabinoids also bind to neurons in your olfactory bulb. This bundle of nerves links your sinus passages to your brain, sending signals on smells as well as tastes.

According to a study, mice dosed with THC had “enhanced sensitivity” to certain scents. They sniffed at strongly scented banana and almond oils for a longer period of time. They also “ate much more chow when given the chance,” resembling pretty much any of us late at night after a toke session.

Another study theorized that eating while stoned releases more pleasure-inducing dopamine than usual. This pathway causes a cycle where we are encouraged to keep eating because it makes us feel good.

The good news is that research shows tha people who smoke weed tend to be thin, so snack consciously but don’t freak out that your favorite munchies weed is going to make you fat all by itself.

Are There Types of “Munchies Weed” That Make You More Hungry? 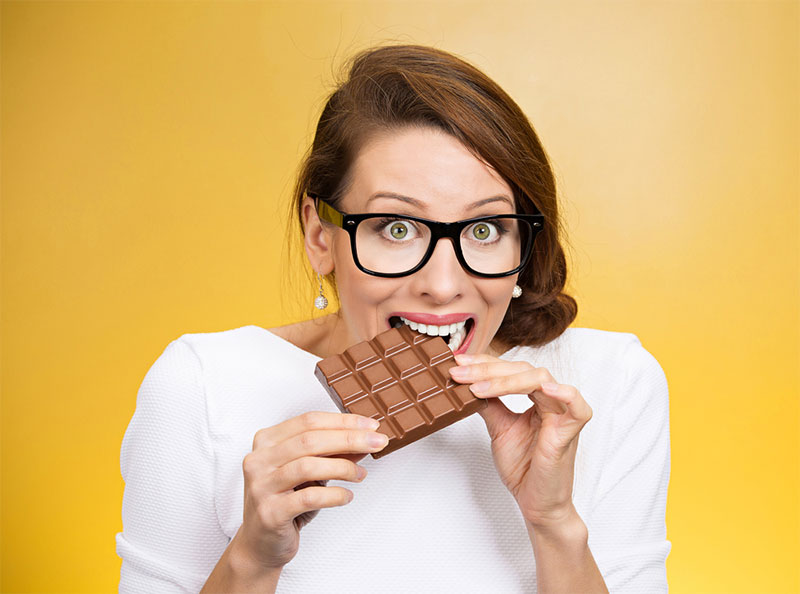 There are many strains of marijuana that stimulate appetite. Cannabis strains like Super Silver Haze and Afghani Bullrider can help people who have low appetite or lack cravings for foods they need to stay healthy.

Strains like these are why marijuana can be perfect for those suffering from HIV/AIDS “wasting syndrome.” Pot can also help those undergoing chemotherapy or people who have anxiety and have trouble eating as a result.

On the other hand, there are types of cannabis that are the opposite of strong munchies weed. High-CBD strains like Harle-Tsu and Cannatonic help you feel relaxed and happy without tempting a trip to Timmy’s in the wee hours of the morning. 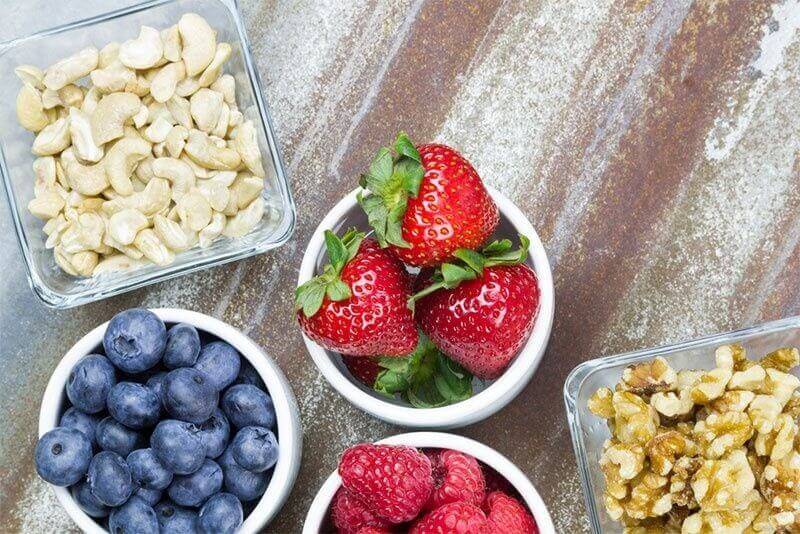 Combining heightened sensitivity with increased reward chemicals after eating arguably makes stoners more adventurous eaters. Many marijuana users have been tempted to try peanut butter on their leftover hamburger patties, or ice cream in their cereal.

Rest assured that you don’t have to ingest calorie bombs just because you’re stoned! Here are 10 healthy snacks for the munchies you can try the next time you get high:

Enjoy these treats, and keep an eye out for types of marijuana that help you stimulate or control your hunger based on your individual health needs!