You are here: Home Activity & Moods The Science Behind Why Weed and Video Games Make Such a Great Combo

It’s 1:30 in the morning. Everyone else in the house is asleep. Your eyelids feel heavy, too, but you have a job to do. There’s a shrine in the Gerudo Highlands you haven’t yet beaten and it’s calling your name. You take a rip off the bong, configure your weapons, and start walking off in the direction of adventure.

Thousands of people around the world combine weed and video games in this exact fashion. There are no real requirements about the type of game or its intended audience, either. It could be a game for all ages, like The Legend of Zelda: Breath of the Wild described above. Or, it could be something decidedly more complex and mature, like the sprawling sci-fi space opera that is Eve Online.

The bottom line is that weed and gaming are almost always better together. You may be feeling frustrated and out of your groove while playing Fortnite and smoke to reclaim your focus. Or you could take a small hit after getting home from work and decide that the best thing to do next would be fire up Overwatch for a couple of Quick Play matches.

And then there are the best marijuana video games that allow you to dive headfirst into a world while enjoying the empowering feeling that comes with complete control. Timeless entries like The Elder Scrolls V: Skyrim feel like quintessential weed video games just begging for you to rip a fatty and start organizing every drawer at your home in Whiterun.

Likewise, nothing feels quite like a gathering of friends if there isn’t a blunt and some Mario Kart or Smash Bros. involved.

So what makes weed and gaming so great? And how do you make sure you get the most enjoyment out of both without falling into a pit of unproductivity?

We’ll answer both questions using a hefty dose of science below.

Why Are Weed and Video Games So Great Together? 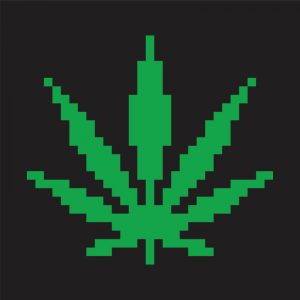 The first thing to know about why weed and video games work so well together is that they both affect your brain on multiple levels.

With cannabis, the active ingredients like THC interact with your body’s natural endocannabinoid system. Your brain and nervous system have millions of tiny receptors within this system that help regulate some pretty important functions. For instance, marijuana can stimulate receptors related to pain, which is why some marijuana strains are great for treating chronic pain.

Cannabis also enhances your sensations, your perception of time, your imagination, and your memory. Combine these with marijuana’s tendency to make us feel happy, and you have a recipe for enjoying things that engage your mind.

And when it comes to video games, we get that mental engagement on so many different levels— if you’ll forgive the pun.

For example, there’s the immediate appeal of the art and music. Games like Super Mario Odyssey have millions of collective hours poured into them by artistic teams. They want to make the entire sensory experience perfect. Even simpler games like the pixel platformer Celeste function as amazing pieces of art. We can enjoy them whether we’re playing or just watching because they’re so beautiful.

But on top of that, video games ask you to think and react. You may have to pull off the perfect hand-eye timing in a game like Dark Souls, or you may have determined the perfect strategy for beating a squad of aliens in XCOM 2. Getting something right like this triggers a shot of dopamine, telling our brains “we did good!”

After an accomplishment, there are then the material rewards the game gives you to reinforce this natural high. You may unlock a new powerful item, or open up an area you’ve been struggling for days to reach. It’s the perfect recipe for mental bliss, and marijuana’s relationship with our brain’s reward centers enhances all of it.

“Studies have shown that certain pleasure centers and risk-reward triggers are enhanced with marijuana use,” explains the Cannabist’s John Wenzel, “which would seem to help explain why video games are so compatible with weed.”

What Are the Best Types of Weed Video Games? 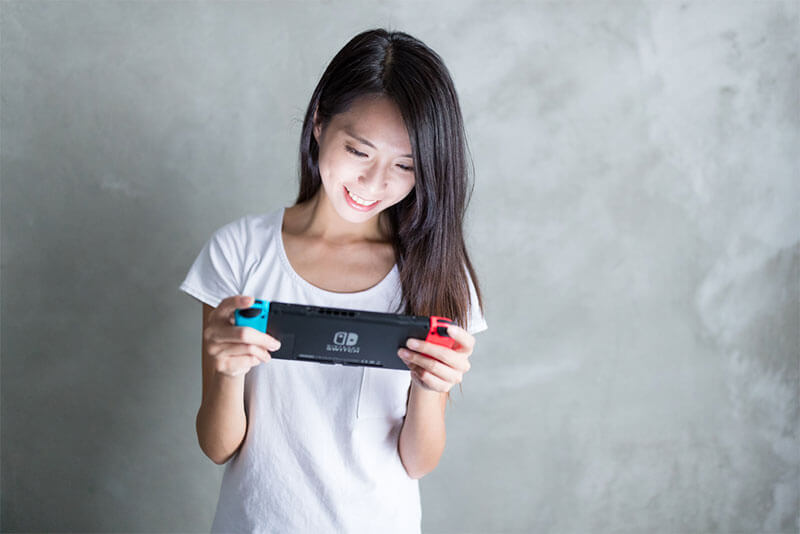 As we showed above, just about any type of video game is perfect fodder for the stoner who wants a controller in their hand.

“I’m one of those people who pre-ordered Bioshock Infinite and God of War: Ascension this year, knowing that when I popped them into my PlayStation 3, I’d be willingly sinking myself into an elaborately constructed world in which smoking a bit of weed helped deepen the illusion and up the stakes,” confesses Wezel in a 2013 article.

Others prefer highly competitive games, such as the team-based shooter Overwatch, the popular battle royale mode of Fortnite, or the newest version in the Street Fighter franchise.

The Sims is another popular type of game since they invite long play hours and offer players complete control over an entire little universe. While marijuana may have a reputation for making people lose focus, it can clearly have an opposite effect when it comes to micromanaging virtual worlds.

“When I played Civilization sober, it could feel tedious and slow compared to my traditional diet of console action and head-to-head sports games,” reflects Dennis Scimeca, “but when I played Civilization while high, I lost myself in the endless minutiae of building roads and cultivating cropland and moving soldiers around. I embraced the fantasy of controlling things like a god.”

Then there are the games that hit you right in the nostalgia. Games like Stardew Valley and the newly released Owlboy use pixel graphics to great effect. You can capture the joy you felt when first playing games in your childhood while enjoying the benefit of a few decades’ worth of design evolution. Even new entries of popular series like Mario or Zelda can accomplish this while adopting slick modern graphics with nary a pixel in sight. 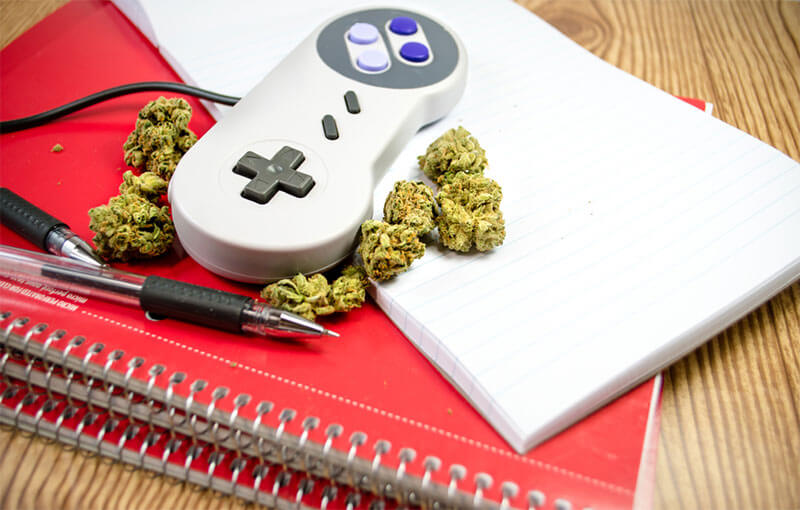 All around, there’s no “wrong” video game to play when you’re high. And the good news is that marijuana doesn’t seem to affect your ability to perform well in whatever stoner games you’re playing.

Vice writer Jagger Gravning tested this hypothesis by lighting up with a few friends and playing the incredibly difficult 2D platforming game Spelunky. The levels in the game randomly generate, and you’re likely to die hundreds of times before even seeing the fifth level.

After smoking, everyone in the experiment did better in comparison to their sober performance. One player even beat the game’s hidden fifth “Hell” area, which is something only 2.4% of people who own the game on PC have been able to do.

Just make sure you don’t overdo it! Scimeca’s piece linked above describes how his mood disorder led to him shirking aside everything except video games and marijuana from his life.

“Like any indulgence, video games and weed are appealing because they’re a respite from the real world, not a daily replacement for it,” asserts Wenzel. We couldn’t agree more!

Now if you’ll excuse us, there’s a shrine we really need to go beat!