You are here: Home Activity & Moods Should You Smoke Weed Before Working Out? Pros and Cons of Going to the Gym High

smoking weed before working out?

marijuana and working out

Weed and exercise are a way better combination than most might expect. Working out high can have a host of benefits, but it does also have a few drawbacks worth considering.

To put it bluntly, going to the gym high is great if your aim is to focus on your movement and enjoy a “zen” experience. At the same time, research shows that THC can elevate your heart rate and make you tire out faster, which means you likely won’t be hitting your personal best.

So smoke with discretion. Too much THC can limit your stamina enough to hold you back from your peak performance capabilities. On the other hand, smoking just a little bit can help you enjoy your workout with heightened awareness. You may not break your personal records or get an edge over competitors, but you’ll definitely enjoy your workout!

And, according to recent research, enjoying exercise is the key to motivating yourself. People who find workouts pleasant are more likely to stick to a routine and meet their fitness goals.

Smoking weed before working out could, therefore, be a great option for you. To help you make the right decision when it comes to whether you smoke or how much you smoke before exercising, check out these pros and cons to working out high below.

Pro: Working Out High Can Make Your Routine More Rewarding 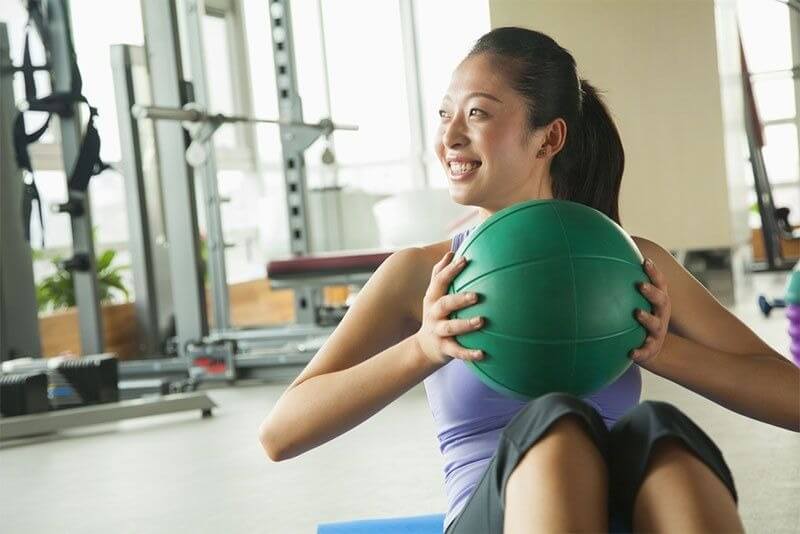 Contrary to popular belief, not all stoners stay glued to their couch all day. In fact, plenty of highly successful athletes toke up before performing their workout routine. Some even compete after getting stoned.

Discussing their love of smoking marijuana and working out, some pothead iron pumpers cite that they pay more attention to their bodies and enjoy the moment more during routines.

“Working out high is fun because it allows me to concentrate on my form and technique as opposed to pushing out reps,” explains one anonymous forum user. “Also it seems that I can feel every individual muscle working and it feels great just knowing that I’m getting stronger by breaking down my muscles.”

Having this type of stimulation allows people to focus on form as well as mindfulness during their routine. It also makes working out less of a chore, encouraging more frequent visits and a healthier lifestyle.

“If you’re running on a treadmill, cannabis can make it more enjoyable,” suggests internist Jordan Tishler, M.D., “which can actually make you more motivated to run for longer, and to run more in the future.”

Con: THC Can Raise Your Heart Rate and Keep You From Your Personal Best

While working out high can make things more enjoyable, don’t think it will enhance your physical performance directly. In fact, a few studies on weed and exercise show that smoking can make your body tire out faster.

One study gave subjects a joint before asking them to perform workout tasks. Researchers noted equal grip strength but 25% less overall power at a heart rate of 170 bpm compared to subjects given a placebo. In a similar study, subjects were given THC before getting on a stationary bike tired out slightly faster.

Yet another study found that 7.5 mg of THC did not affect subjects’ blood pressure, breathing or overall oxygen uptake during mildly intense exercise. But, the same subjects did have a faster heart rate and higher physical stress levels once they rested.

Put simply, people who ingest THC before working out hit their max heart rate at lower workloads. For people lifting heavy weights close to their PR (personal record), they could potentially become dizzy. “It shouldn’t be too much of a problem,” observes Dr. Tishler, “but it would be wise to be aware of this as an issue and not go for the biggest workout of your life the first time you try working out high.” 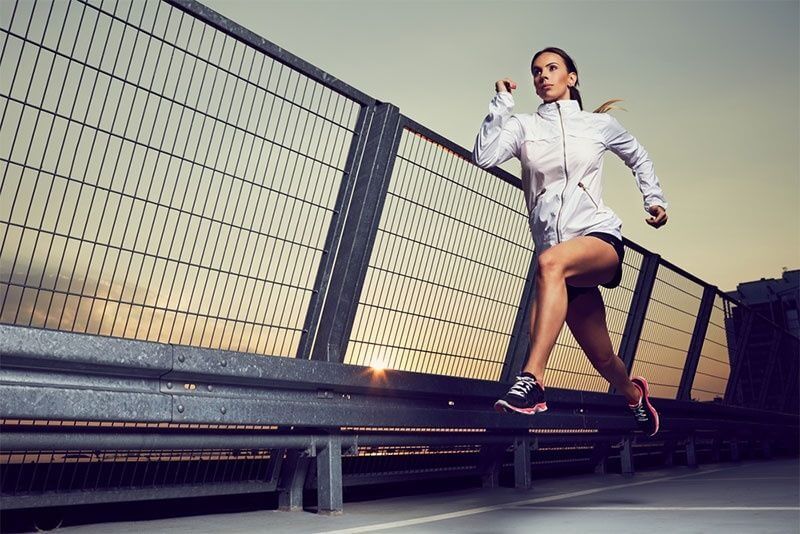 Moving on to the physical benefits of going to the gym high, you do objectively feel better after smoking thanks to marijuana’s effect on the endocannabinoid system.

These feelings are actually directly related to the mythical “runner’s high.”

In fact, a runner’s high is pretty much the same thing as a regular high. According to recent research, the uplifted feeling you get after a workout is likely not the result of dopamine since that chemical can’t pass the blood-brain barrier. Instead, our body’s endocannabinoid transmitters — which are basically self-made cannabis — activate after intense physical activity.

Another physical benefit that marijuana offers is that it can help relieve pain and swelling both during and after your workout.

Endurance runner and pro ultramarathoner Avery Collins says that the cannabinoids in marijuana work wonders for his throbbing and aching legs after a 30 to 40-mile run. “CBD compounds help tremendously. They calm down your legs and, because they’re anti-inflammatory, let them recover faster.”

This benefit can be a double-edged sword, though, for those on the brink of an injury. Never ignore pain and pay attention to your body while working out high. Otherwise, a minor nagging pain may later turn out to be a fairly serious injury that puts you on the bench for weeks.

A Final Note on Dosing Before Going to the Gym High 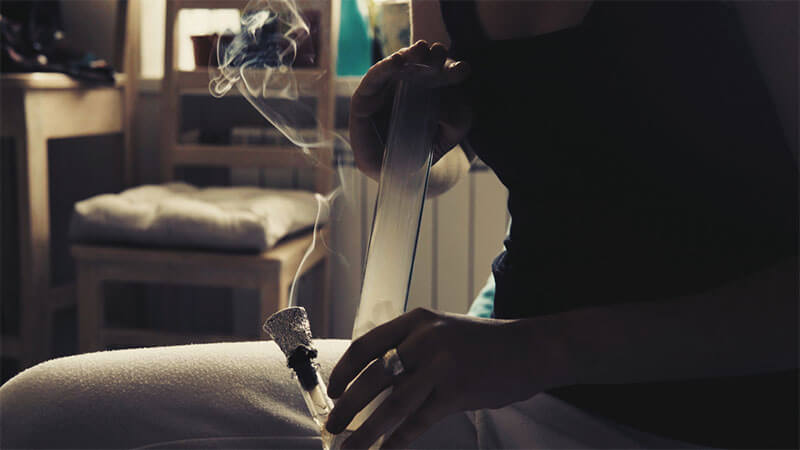 As we mentioned earlier, the intensity of your workout should never be 100% of your physical maximum when you go to the gym after smoking weed. The same also goes for how much you smoke or eat compared to what you usually tolerate.

In other words: don’t overdo it. Use moderation in both the amount of cannabis you consume and the overall intensity of your workout.

Otherwise, the benefits of marijuana for exercise could be cancelled out by the overwhelming mental stimulation of THC.

In one study, subjects given 17 mg of THC before navigating a virtual maze bumped into more walls and took longer to complete the maze compared to those given a placebo. However, those given just 13 mg had no noticeable performance differences compared to the control.

So, don’t get crazy and know your limits! If you can do that, marijuana could be your key to a long, healthy life full of rewarding physical exercise.