MK Ultra is an indica strain named after the famous mind-control experiments performed by the CIA in the 1950s and 1960s – Project MKUltra. Fitting, considering the strain’s strong cerebral effects, with THC contents in the 18% level.

One of the most sought-after indicas in the world, MK Ultra won the Best Indica 1st Prize in the 2003 The High Times Cannabis Cup. Its relaxing and couch-locking effects make this strain perfect for nighttime use.

Medically, this strain is used to combat stress and insomnia.

Parents are OG Kush and G13. 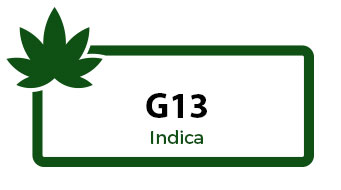