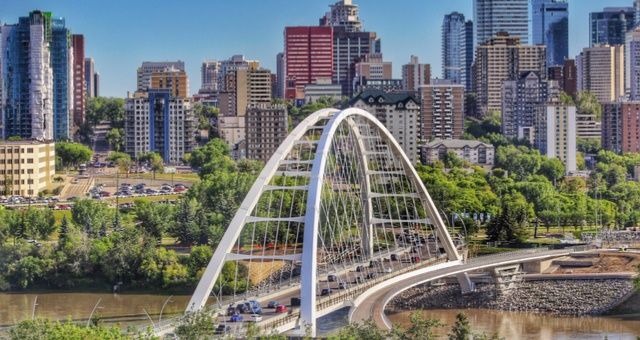 Regulations pertaining to the consumption of cannabis for recreational purposes in Alberta have been designed in accordance with Federal regulations. However, they also feature restrictions / allowances that are specific to the Province. Here they are in point form to allow you to have a strong understanding of Alberta cannabis regulations and how you can enjoy cannabis in accordance with Alberta weed laws.

Airdrie – prohibited to consume cannabis in public, with the exception of the one designated consumption site at 269 Sierra Springs Drive SE (subject to change. 1-year pilot project).

Banff Townsite – prohibited in public, and note that regulations for Banff National Park are the same as those for the Province as a whole.

Calgary – prohibited in public, public consumption sites may be approved in the future but there are none at this time. Festivals can apply for permits to have consumption-friendly areas.

Camrose – allowed in public, but prohibited within 10 metres of public parks and playgrounds. Also prohibited in or within 5 metres of buildings. ‘Discreet designated smoking areas’ may be approved for city property in the future.

Edmonton – allowed in public, with the exception of within 10 metres of entries, exits, air intakes, or bus shelters. Use in parks with playgrounds, sports fields, skate or bicycle parks, outdoor theatres, outdoor pools or spray parks, seasonal skating rinks, or an off-leash dog area.

Grand Prairie – Prohibited in most public locations, with a few outdoor exceptions. Prohibited in public buildings, workplaces, or public venues. Prohibited within a 30-metre radius of a recreational facility, public park, parade, outdoor special events, or where children are playing or congregating. Prohibited in all locations where a public sign prohibits smoking.

Lloydminster – Prohibited in public, including on sidewalks.

Stony Plain – prohibited in public, and cannabis plants must be contained in a secure structure or behind a secure fence.