You are here: Home FAQ Is Cannabis Addictive? 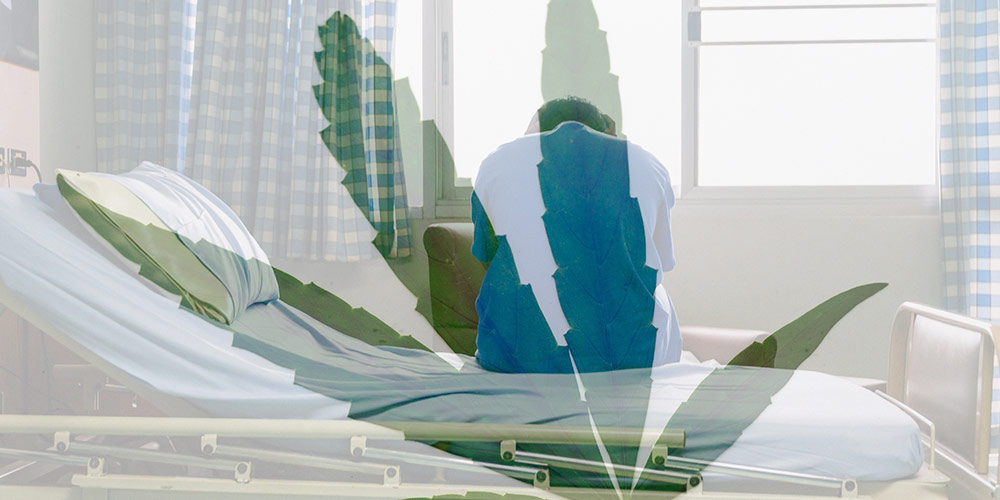 As legalization gets closer, more people than ever before are wondering, “Is cannabis addictive?” This question is both simple and complicated to answer.

Most believe that marijuana is not addictive. This is a claim which has circulated among weed smokers for decades, so is it true? If so, what other concerns should marijuana users be aware of? Like, how long does pot stay in your system?

The simple answer is that anything can be addictive for someone with a tendency toward addiction. Therefore, the answer is both yes and no; whether cannabis is addictive largely depends on the person using it.

With growing research into marijuana, THC, CBD, terpenes, and the other cannabinoids, studies are uncovering some interesting facts. Some people will find the results surprising…

Is Cannabis Addictive? Here’s What the Studies Say…

Since marijuana has been illegal for so long, there is little scientific research that proves answers to these types of popular questions. Instead, lots of speculation and “fake news” has circulated. With legalization becoming a reality in many parts of the world, studies are receiving more funding so they can finally answer questions such as “is cannabis addictive”?

An article by the U.S. National Institute of Health found that although some people do develop a dependency to marijuana, there are little to no physical withdrawal symptoms if they stop.

However, Massachusetts General Hospital conducted a study of patients who came for treatment in a marijuana outpatient program. MGH found that of those in the program, 40% exhibited withdrawal symptoms when stopping use.

The MGH study found that when users stopped smoking marijuana they experienced insomnia, anxiety, irritability, and depression. The conclusion they drew is that cannabis IS addictive. But it’s important to note that physical symptoms define addictions. The MGH study only lists mental illnesses, which could be brought on by a range of factors.

While the study at MGH is valid, the sample size was also too small to draw proper conclusions and therefore, there was incentive for bias. Only those participating in the MGH treatment program were applicants.

Naturally, those in the program would have a biased view and may have incentive to report what their treatment teams wanted to hear. With polling, a larger and broader sample avoids skewing results.

This is a great example of why so much confusion exists today.

Studies that Focus on Non-Physical Symptoms

A physical withdrawal symptom is the kind seen in alcoholics and heroin addicts: The body and it’s systems start to shut down.

Nothing of the sort occurs with marijuana withdrawal.

Dr. Richard Grucza published a study in the Journal of the American Medical Association Psychiatry stating that marijuana is NOT addictive. However he did admit that 10 to 15 percent of users experience problems associated with regular use.

Finally, the U.S. National Institute on Drug Abuse, which has a clearly biased view, cited numerous studies proving addiction among marijuana users. The NIH stated, “People who use marijuana frequently often report irritability, mood and sleep difficulties, decreased appetite, cravings, restlessness, and/or various forms of physical discomfort that peak within the first week after quitting and lasts up to 2 weeks.”

Of course, the same could be said of food, with the exception of “decreased appetite.” Again, the symptoms mentioned are not physical and therefore cannot be used to prove addiction.

Are There Physical Withdrawal Symptoms When Stopping Marijuana Use?

According to research published by Psychology Today, “10 to 30 percent of regular users will develop dependency”. It also notes that “compared to other substances [such as alcohol, tobacco, and cocaine] marijuana is not very addicting”.

The most important factor when it comes to the addictive nature of marijuana, is the users personality. There have not been any reports that indicate addictive components (such as nicotine in tobacco).

The research published by Psychology Today noted that although most users will never develop a dependency on the drug, some will. They referred to a 2008 study conducted at University of Cambridge by the professor of pharmacology Leslie L. Iverson.

Professor Iverson found that about 9 percent of users develop a serious addiction that includes physical symptoms. These are nausea and gastro-intestinal problems and are in addition to the prior mentioned non-physical symptoms.

However, to reiterate, marijuana is far less addictive than most other substances. Heroin comes in at a 23% addiction rate; cocaine 17%; alcohol 15%.

So, when asking “Is cannabis addictive?” The answer is yes…for some.

As with anything, balance and moderation is key to enjoying marijuana responsibly. The bottom line is that cannabis can be enjoyed by most without forming a dependency or addiction and it will never lead to serious or harmful conditions. In most cases, medical marijuana in Canada is the best medicine for those harmful conditions!

More Useful FAQ’s, similar to “Is Cannabis Addictive?” and “How Long Does Pot Stay in Your System?”: